I began my career as a beat reporter for small town newspapers. Since those days, I have had the privilege to write for many publications. The following is a sample of my published writing across the past two decades. Click images below to read the articles. 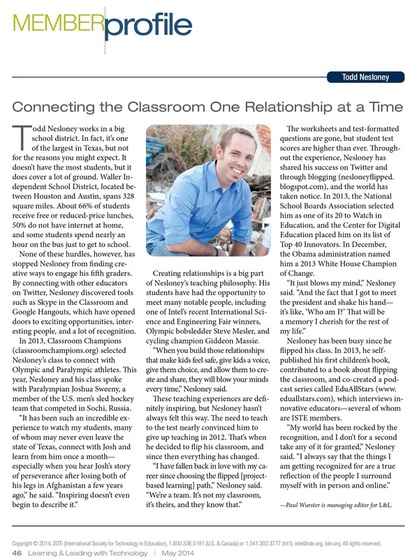 Todd Nesloney is the guy you wish you had as a K-12 teacher. I felt inspired by his passion for blazing new and innovative ways of teaching and learning. This article published in Learning & Leading with Technology magazine while I served as managing editor for the International Society for Technology in Education (ISTE). 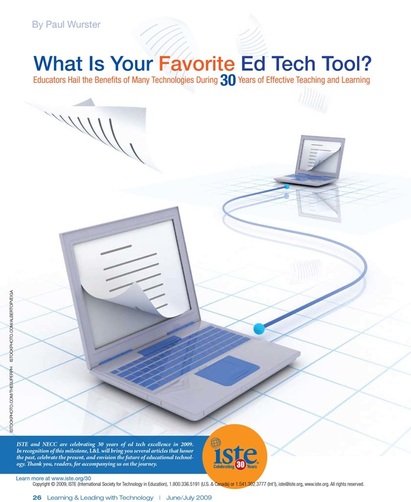 ﻿﻿﻿﻿
This article captures the top technology choices that members of the International Society for Technology in Education (ISTE) chose as part of a survey I conducted. ISTE is the largest ed tech membership organization in the U.S. Technological advancement rages on and this article represents a snapshot along the way. 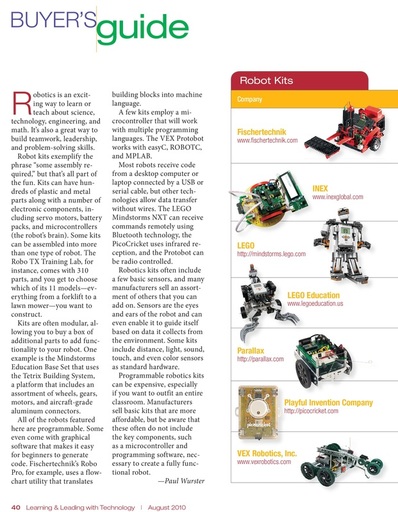 I am a self proclaimed gadget nut. I like technology and I want to mess around with the possibilities that technology has to offer. As a kid, I loved building things with erector sets. Robot kits open the door to amazing possibilities for teaching and learning. This article introduces just a few of the platforms available. 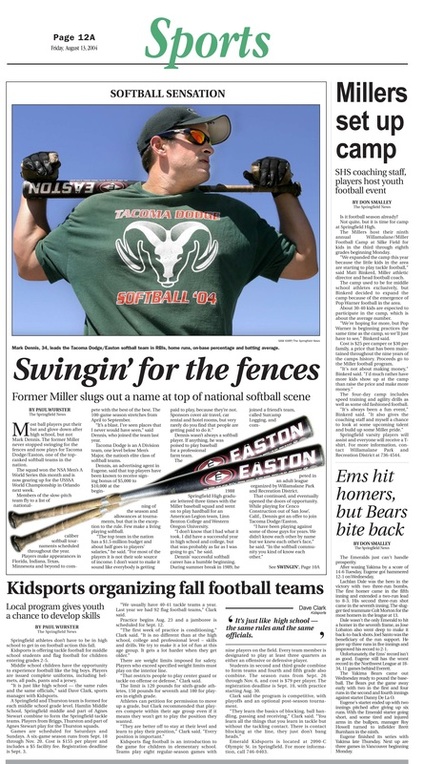 This is one of many features I wrote during my time as a sports reporter at The Springfield News, a weekly newspaper in Oregon. During the photo shoot, I dodged swing after swing from the pitcher's mound. This slugger knocked at least 12 pitches out of the park that day. 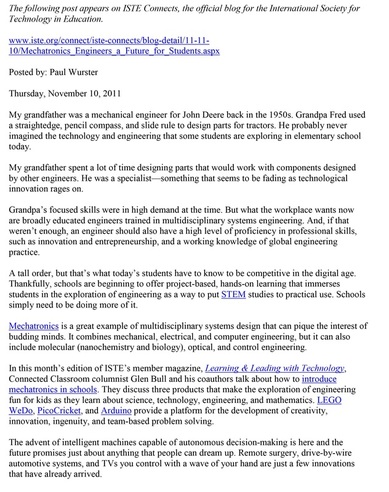 This blog post is a personal recollection of my grandfather's work as an engineer during the 1940s and 50s. I reminisce about the past and consider how things have changed -- the implications for today's engineers and teachers who are faced with the challenge of preparing students for STEM jobs that have yet to be created. 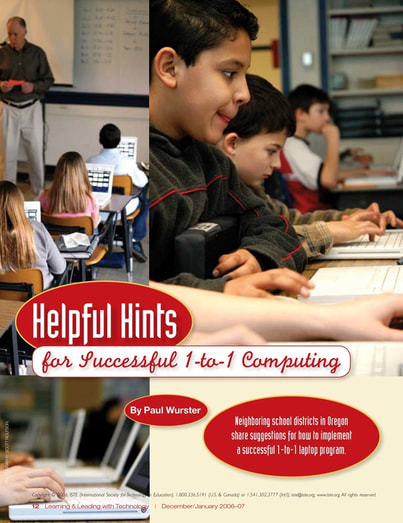 This was one of the first feature stories I wrote for Learning & Leading with Technology magazine. Microsoft, which I mention in the article, purchased 2,000 reprints shortly after this article published in 2006. 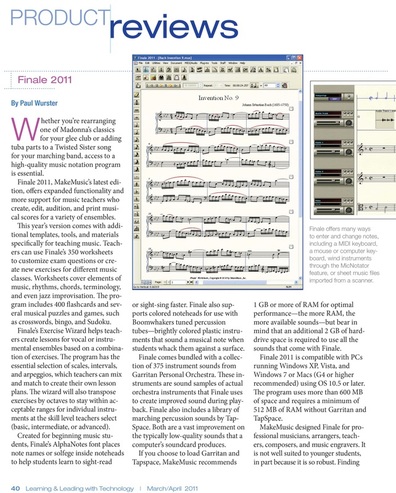 When Finale, a music notation software company, asked if I might be interested in reviewing the latest edition of their software, I jumped at the chance. I am also a musician, so reviewing and writing about Finale was great fun. 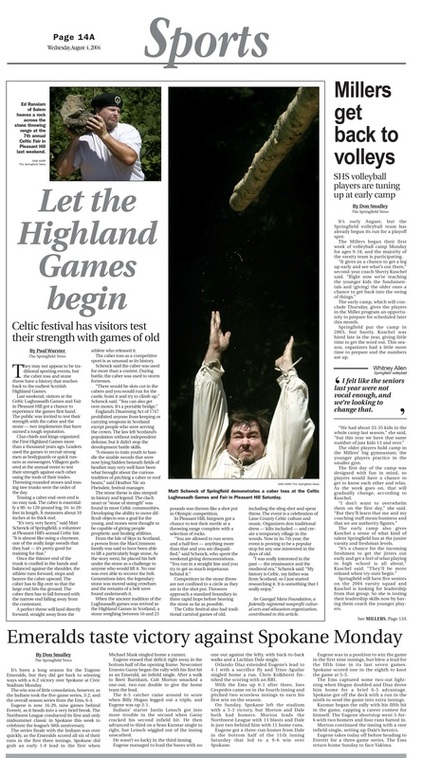 Newspaper reporters often venture out in the field with a photographer at their side. The goal is to come back to the newsroom with a well-illustrated story. Sam Karp, captured these shots for a story I wrote about a Celtic festival in Pleasant Hill, Oregon. 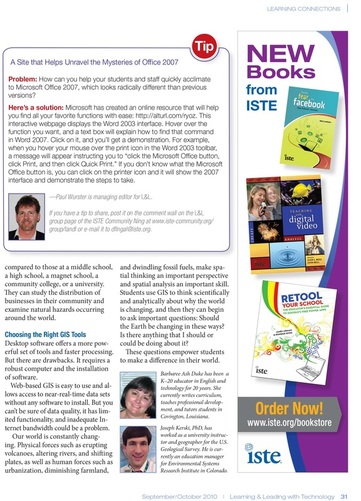 All of us have experienced the frustration that occurs when software producers release a new edition and tools we used to find on the toolbar have moved. This "Tip" is a bite-sized piece I wrote to guide users of Microsoft Office 2007 to a resource designed to ease their pain. 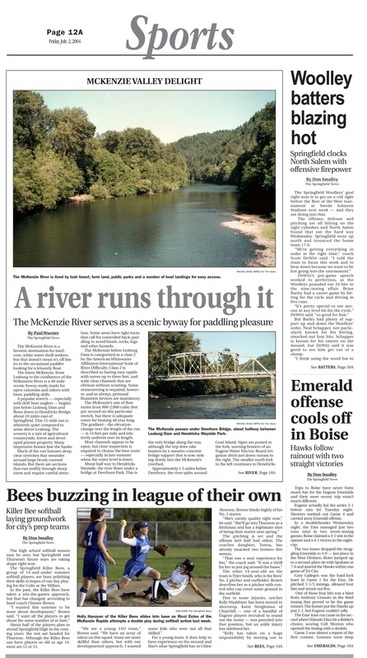 This feature article captures a personal journey of mine. I was fortunate enough to actually ride a retired boy scout's canoe I bought for $300 down the magnificent McKenzie River in Oregon. A friend and I traversed 24 miles from Leaburg Dam to the confluence of the Willamette River just north of Eugene. Shortly after, I wrote this article to capture that wild adventure. 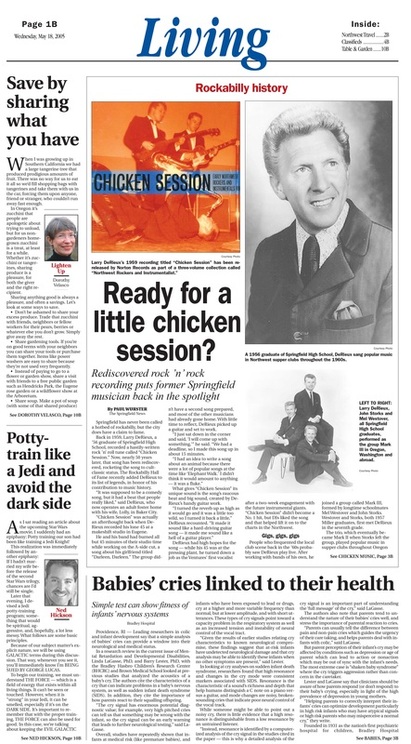 Larry DeRieux is a self-proclaimed rockabilly legend. When he walked into The Springfield News and told me that the Rock 'n' Roll Hall of Fame recognized his group based on a resurgence of record sales, I told him to have a seat! 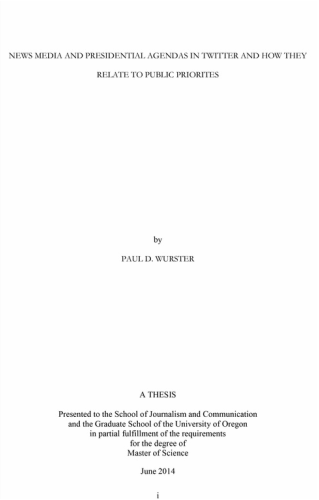 I received the T. Neil Taylor Award for Outstanding Master's Thesis from the University of Oregon's School of Journalism & Communications in 2014.

The title of my thesis is "News Media and Presidential Agendas in Twitter and How They Relate to Public Priorities." I designed this research, carried it out, and I wrote the final report as part of my graduate project.

My research explored the extent to which news media agendas relate to each other in a microblogging environment (Twitter), how the Obama administration's agenda relates to them in this realm, and how these agendas align with the public's list of top policy issues in the real world. 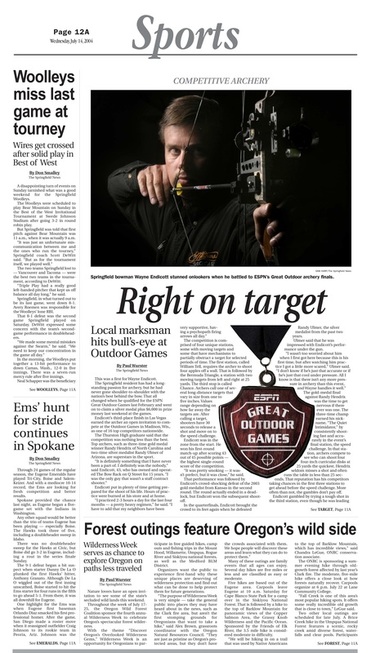 During my time at the sports desk for The Springfield News, I covered everything from rodeos to lacrosse tournaments. This feature, titled Right on Target, is a story I wrote about a local businessman who didn't just sell bows and arrows, he hit the bull's eye in national competitions.